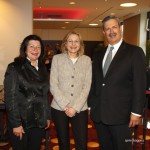 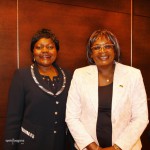 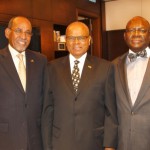 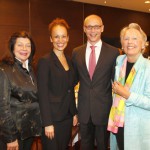 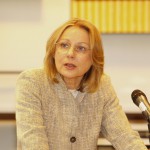 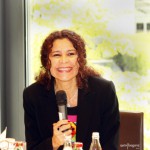 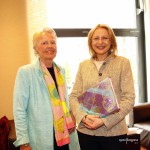 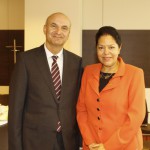 On 31 May Cornelia Yzer, Berlin’s senator for economics, technology and research, met the diplomatic corps in Berlin’s Marriott Hotel on Potsdam Square on the occasion of the Ambassadors Club’s ‘Breakfast with …’. Neither Ms. Yzer nor the ambassadors present – over twenty in number – appeared to be in any danger of running out of things to talk about, and there can be no doubt that the senator’s informative opening address in faultless English was one of the reasons for that. The CDU politician provided an introduction to the various growth sectors in Berlin’s economy – the Adlershof research park, the city’s booming creative industries and its well developed health economy, electromobility and tourism – and emphasised the increasing importance of the continued internationalisation of local companies.

She added that she wished to contribute to that process in direct talks and projects with the delegates of various countries. She said that the first move had been made with the ambassador of the USA, and that talks with delegates from Turkey and Poland had already been arranged. She said that Berlin offered the world a creative environment for economic growth, and that Berlin itself also needed that growth in order to be able to develop and shake off its image of being ‘poor, but sexy’.

The ambassadors present made good use of the time subsequently allowed for discussion for a keen exchange of information and contact details. Her Excellency Ms. Seeneevassen-Frers, ambassador of Mauritius, said that the rapid growth of the creative and luxury industries in particular, for example in the areas of art and perfume, offered a wealth of opportunities for cooperation.