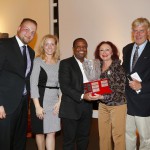 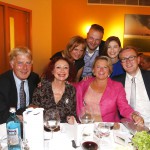 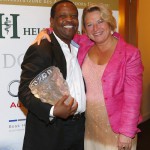 On 14 September 2013 the traditional Ambassadors Golf Cup took place in the “Märkische Golf Club Potsdam“. It was a sunny day with perfect conditions for a successful time on the course. In its 11th year, the Cup was under the patronage of Minister of State at the Federal Foreign Office Mrs. Prof. Dr. hc. Cornelia Pieper.

Among the 50 participants there were many ambassadors and more of their counterparts took part in the course for beginners. Many of the players could improve their handicap, among them the winner of the Cup H.E. Ken Nyauncho Osinde, Ambassador of the Republic of Kenia.

In the evening, about 100 guests, golf players and other friends of the Ambassadors Club, could get to know each other better during the dinner which was opened by Mania Feilcke-Dierck, President of the Ambassadors Club. Mr. Stefan Boeckle represented the main sponsor HELIOS Private Clinics and held the award ceremony for the winners of the Cup together with Prof. Dr. Neumann, President of the Golf Club. During the course of the evening the guests enjoyed the tombola where the first price was a safari to Namibia, donated by the Embassy of Namibia. The evening was completed by the beautiful firework that was supported by Pyro Art.

After all, it was a successful day and one can be looking forward to next year.