On October 26, the Ambassadors Club with its President h.c. Mania Feilcke-Dierck had the pleasure to be the host of a very special trip to the Bundeswehr Joint Forces Operations Command at Schwielowsee near Potsdam.
The Excellencies from all over the world were greeted by the Deputy Commander, Major General Thorsten Poschwatta.

Afterwards, the ambassadors received an entertaining and very interesting presentation on the tasks of the command, which currently looks after and commands the approximately 4,500 German soldiers in 17 foreign missions. In addition, the operational command is also responsible for evacuation and rescue missions of German citizens from abroad. The Excellencies gladly used the opportunity for questions and further discussion on the topic. 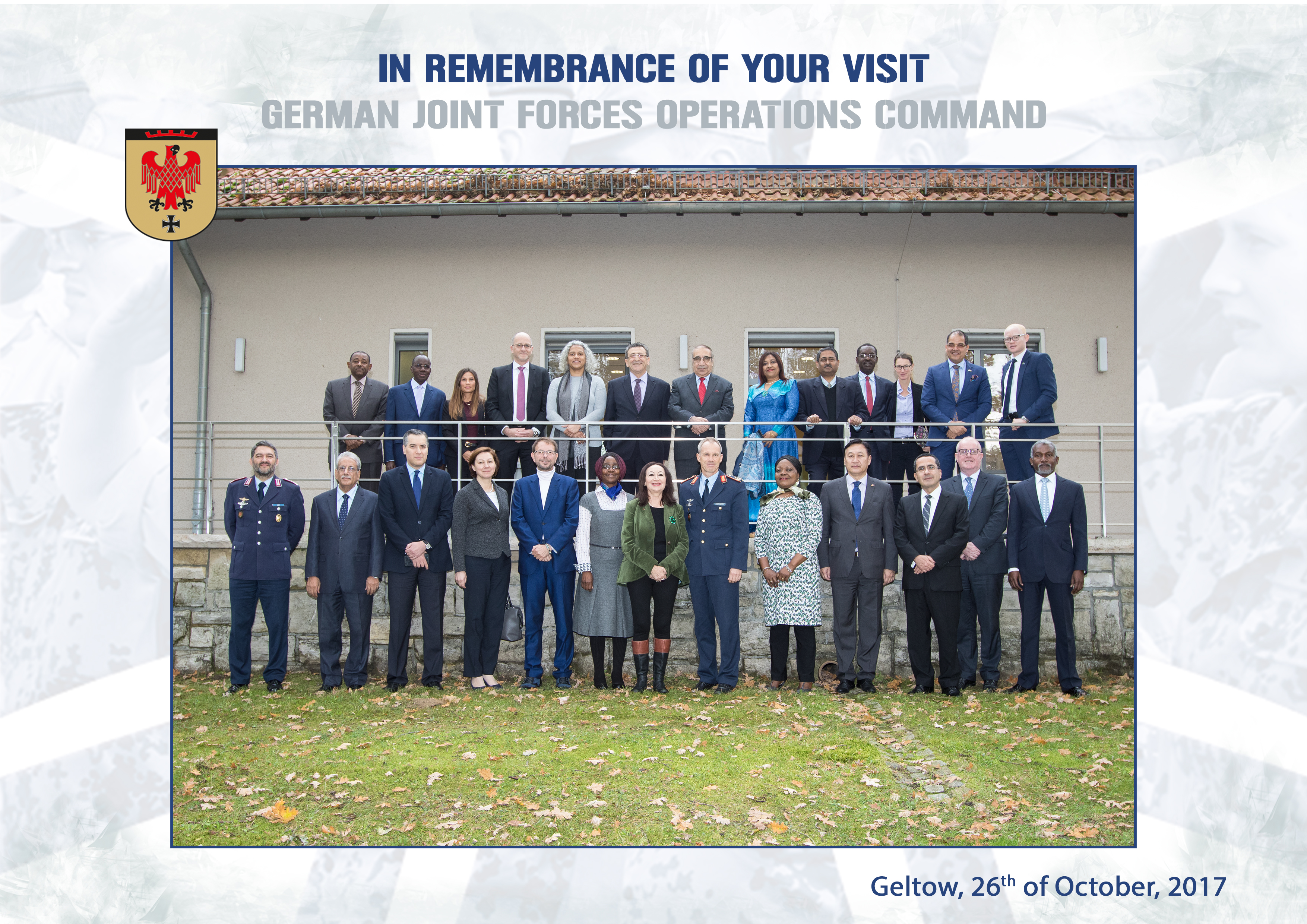