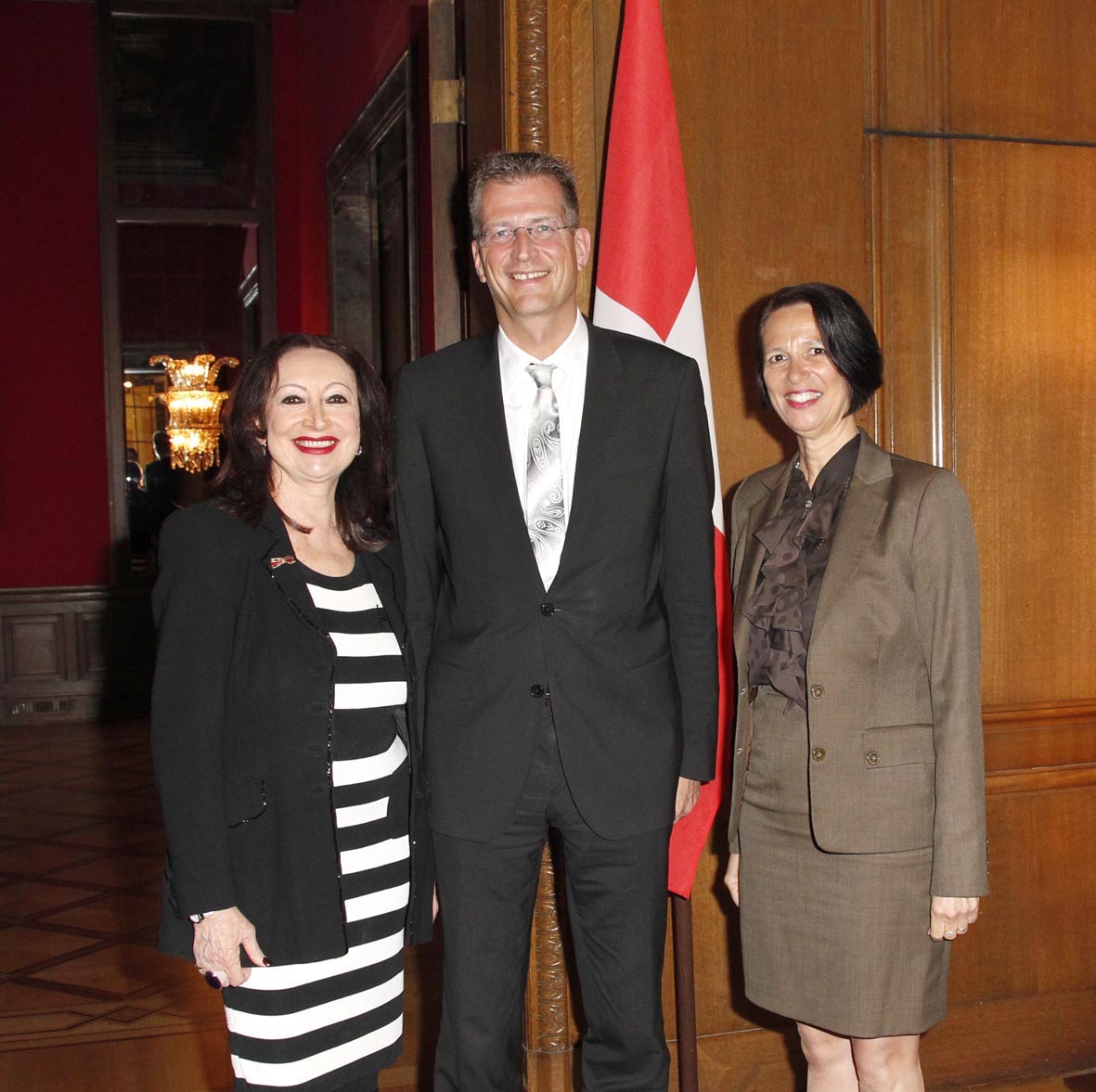 After visiting the Bundeswehr Joint Forces Operations Command in the past
autumn, everything was about security and defense at the monthly Jour Fixe of the Am-bassadors Club in April again. Upon the proposal of the Federal Minister for
Defense, Dr. Ursula von der Leyen, her Parliamentary State Secretary, Dr. Ralf
Brauksiepe gave a speech to the Ambassadors Club. His speech was about “Current Security Challenges for Europe and for the world”.

Fitting to the topic, the event was held this time at the Residence of the Swiss
Ambassador, on neutral ground. Together with H.E. Ambassador Christine Schraner Burgener, the President of the Ambassadors Club, Mania Feilcke-Dierck, welcomed mo-re than 20 ambassadors from all over the world. Among them, the Apostolic Nuncio and the Ambassador of the United States.

State Secretary Brauksiepe defended particularly the commitment of the Bundeswehr
abroad and thanked the partners for cooperation. The number of crises in the world
are unfortunately raising and only through cooperation and alliances we can overcome these.