The Berlinale is one of the cultural highlights of the capital every year. And especially this year, many ambassadors were drawn to the red carpet at Potsdamer Platz for the 70th edition of the International Film Festival Berlin.

The President of the Ambassadors Club, Dr.h.c. Mania Feilcke-Dierck was pleased with the great demand from the ambassadors for the very limited number of tickets. Unfortunately, this year it was not possible to fulfill every request of the excellencies, although the Ambassadors Club was involved in four films. The interest was just too great for that.

The program included the films Le Sel des larmes, Undine, Favolacce and The Roads not taken. All four productions were also in the competition and in the end even one of the films was among the award winners. Paula Beer received the Silver Bear for Best Actress for Undine.

The claim of the club to bring the ambassadors from different parts of the world together with cultural events was again achieved with the Berlinale. 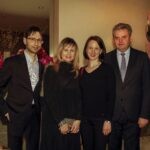 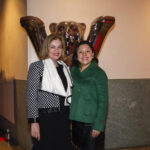 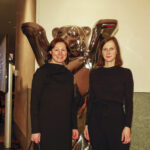