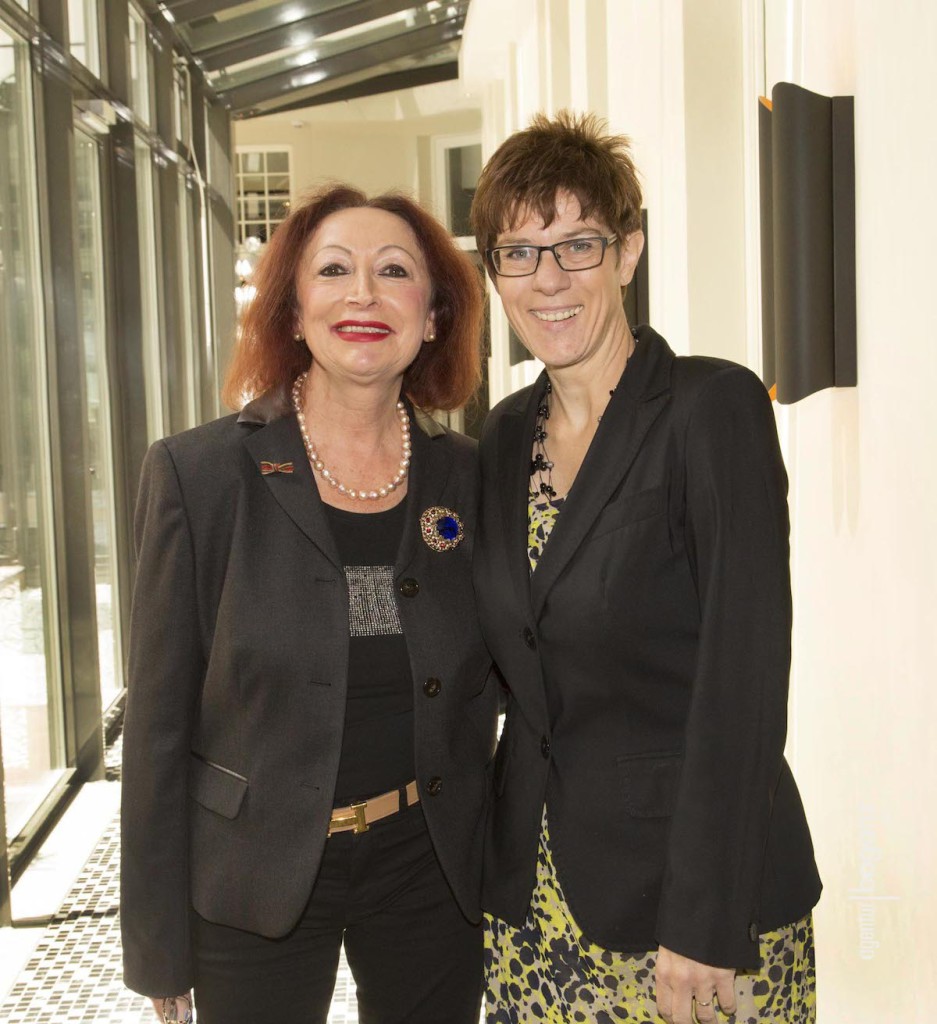 In June, the Minister President of the Saarland, Annegret Kramp-Karrenbauer, was hosted at the Lunch at the Ambassadors Club. The President of the Club, Mania Feilcke-Dierck, welcomed the ambassadors for the first time in a new venue: the Hotel am Steinplatz.

In her speech, the Minister President talked about the development of the German-French relations in the last 100 years. At the Saarland, the federal state which as first one was reunited with the federal republic upon a peoples decision, „you can feel as first the current relation between Germany and France“, said Kramp-Karrenbauer.

Focus of her work is the economic integration of the region and an improved cross-border training. After all, there are already 18,000 commuters who come from France to the Saarland to work every day. Kramp-Karrenbauer asks for not telling the other side what to do, but to open a dialogue and cultivate an open exchange.