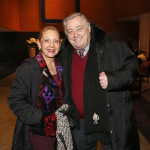 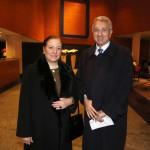 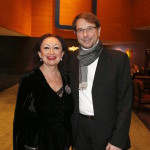 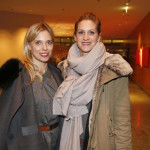 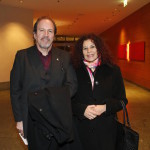 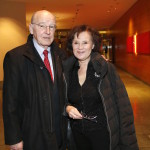 The cultural highlight in the German capital each February is the Berlinale. The Ambassadors Club attended also the 65th anniversary of this festival. This time the Ambassadors visited the movies 45 Years, Diary of a Chambermaid, Every Thing will be fine and Eisenstein in Guanajuato.

The president of the club, Mania Feilcke-Dierck, was delighted about the huge demand of the Ambassadors for the limited seats. It has been accomplished that nevertheless each Ambassador could visit his/her primary choice out of the four movies. Therefore Ambassadors from all over the world could be welcomed at the red carpet. Highly represented were the Excellencies from Africa, such as the Ambassador from Egypt, South Sudan, Democratic Republic of Congo and Lesotho. Out of Europe the Ambassadors from Latvia, Iceland, Ireland and Kosovo attended. The female Ambassadors from Bolivia and Vietnam showed great anticipation for the movies.

But also newly arrived Ambassadors, such as H.E. Tsolmon Bolor form Mongolei or H.E. Malam Jassi from Guinea-Bissau visited the Ambassadors Club. The claim of the club, to bring together Ambassadors from all over the world by cultural events, was again succeded with this Berlinale.

Tagged on: Berlinale 2015
This site uses cookies. By closing this banner, scrolling this page, clicking a link or continuing to browse otherwise, you agree to the use of cookies: Find out more.