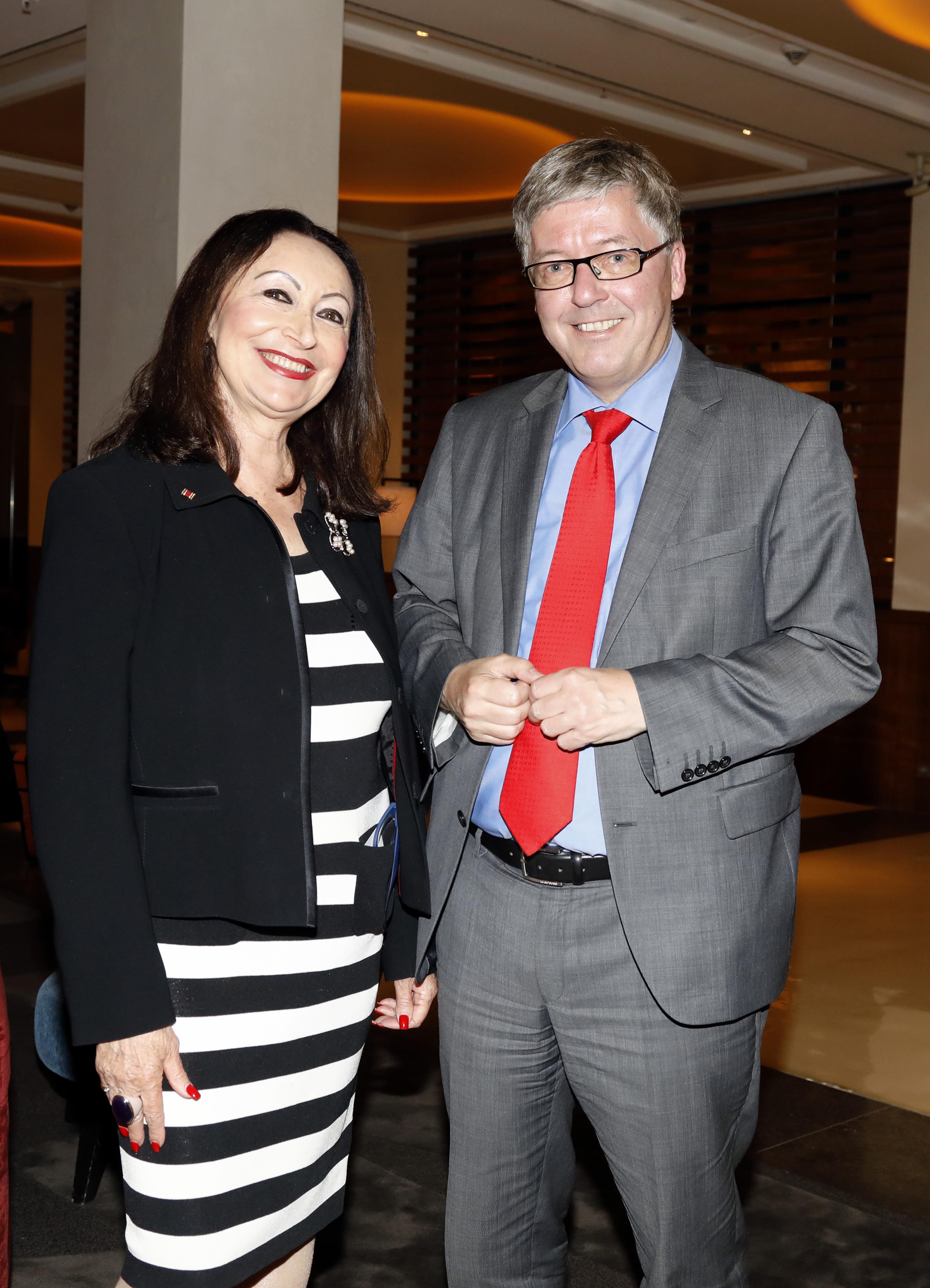 At the traditional monthly Jour Fixe of the Ambassadors Club in June the president of the Club, Dr. h.c. Mania Feilcke-Dierck, welcomed the Parliamentary Commissioner for the Armed Forces, Dr. Hans-Peter Bartels. More than 40 ambassadors from all over the world were received at the elegant French restaurant Le Faubourg of the Sofitel Berlin at the Kurfürstendamm by the Director Carsten Colmorgen personally.

This institution of the Parliamentary Commissioner as part of the parliamentary control of the armed forces is unknown to many nations of the world and therefore an interesting topic to learn more about. Bartels attaches significant importance to the international exchange during his term of office.