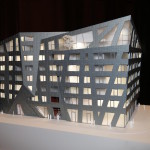 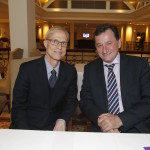 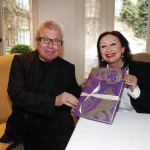 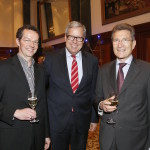 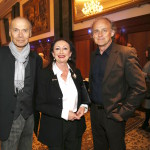 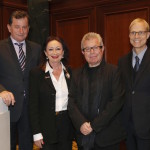 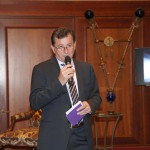 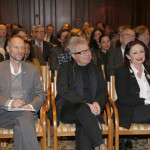 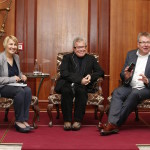 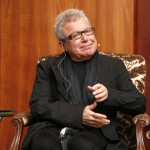 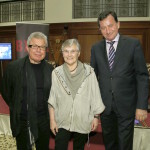 More than 100 guests could be welcomed by polish ambassador, H.E. Jerzy Marganski, the president of the Ambassadors Club, Mania Feilcke-Dierck and the real estate entrepreneur Nikolaus Ziegert, at the “Ballsaal” in the Hotel Adlon.

As special guest was the international known stararchitect Daniel Libeskind invited, who currently together with the company Ziegert Bank- und Immobilienconsulting GmbH the housing project “Sapphire” at Schwartzkopffstrasse / Chausseestrasse in Berlin builds. It will be the first housing project for Libeskind in Germany. More information can be found under www.sapphire-berlin.com.

After welcoming the guests by the hosts Daniel Libeskind told about his life and the reasons of the style of his buildings, moderated by the journalists Joanna Podolska and Nikolaus Bernau.

Libeskind, who was born in 1946 in Poland, raised up in Israel and living in New York, told about the influence his parents had on him, especially his mother, and about the values freedom and justice, which had been the most treasured values of his mother.

This influence can also been seen in his buildings, which should show the personal freedom and the pleasant living situation. Buildings are not only buildings but space for living, working and housing, which fits into the surroundings.

Particularly highlighted was the social engagement of Libeskind, who currently is planning a housing project in China to make the conditions for housing for streetworkers better.